After spending 3 months in wonderful Thailand, it was time for me to write a new chapter. For so long, I have been eager to discover Laos but could not picture at all how it would look like. And I must confess that this mystery and the fact of having no expectations were only making me more excited about the idea of traveling to “Indochina”.

My journey traveling from Thailand to Laos started from Chiang Rai, Northern Thailand. I arrived Monday mid-day, which gave me time to visit the famous white temple and discover the night market. The temple is truly impressive but extremely crowded. It was nothing like the temples I was used to in Chiang Mai and in the rest of Thailand where peace and calm are the mottos. 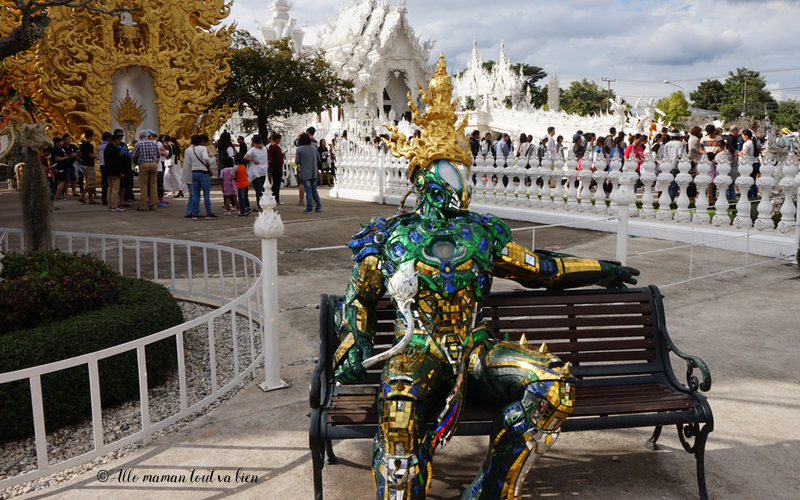 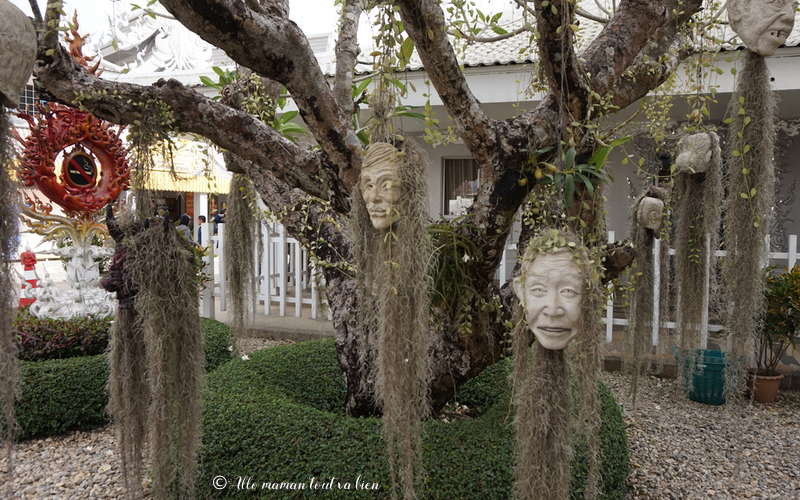 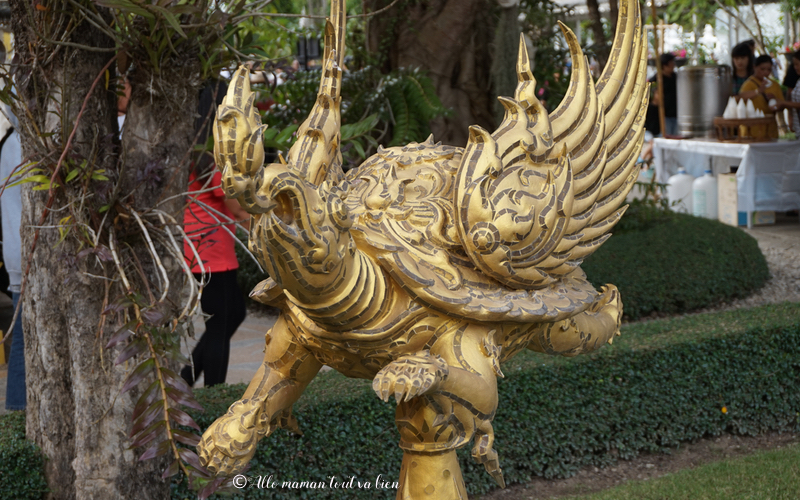 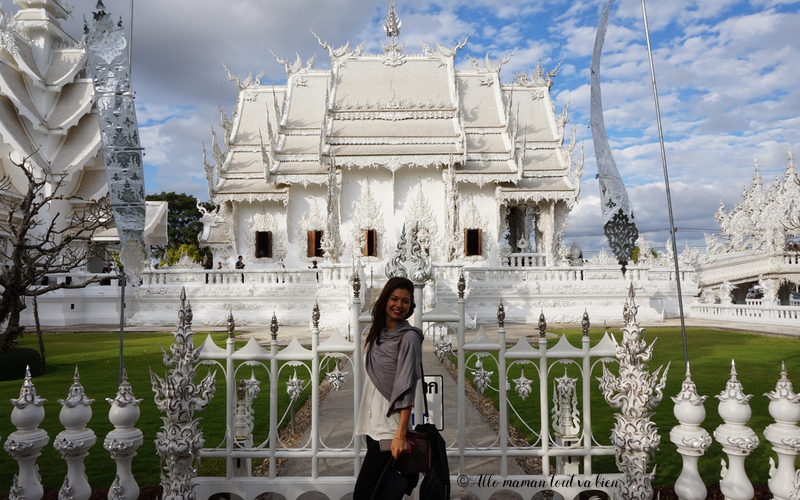 Tuesday morning, after a slow waking up, a good session of muscle strength and a disappointing breakfast, I headed to the central station to catch up on a local bus to Laos. I arrived there some minutes before departure, and an old lady managed somehow to find me a good sitting spot. Three Spanish guys arrived a minute after me, and they did not have the same luck.

The bus was old, and in a bad shape but somehow still clean. The journey from Chiang Rai to Chiang Thong costs 65 baths (2$) for a 4hour drive. Yes, that cheap! Everyone in the bus seemed to carry their luggage, but I was lucky enough to have the driver taking care of it right before departure. It’s half past twelve. The journey starts; I am on my way to a whole new adventure.

We were moving slow all I could think of was a talk I had with mom some weeks before I started my journey in Asia. I was making a list of all the countries I wanted to visit and filtering down the ones that require a visa. While filling my list, my mom was looking at it and asked me what attracts me about Laos? Why is it on my list? Then she confessed that the first thing that comes to her mind when thinking about Laos was the Indochina war. And I realized that it was also the case for me. 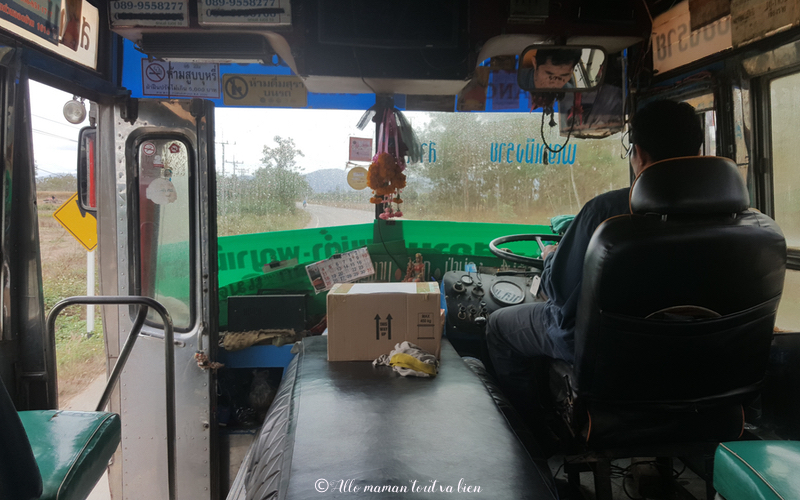 Suddenly, this idea awakened thousands of thoughts that started to invade my mind. I was for the first time picturing Laos, its people and its nature. I imagined it to be very rural, with smiling people and a lot of hard working old farmers. Oh, and monks, a lot of monks in their orange dresses walking around in groups. I was picturing rice fields and palm trees. Children running in groups along the Mekong River waving at me in my slow boat. My mind was out of control. I was dreaming awake, and I was on my way to make that dream happen!

It’s been four hours we are in the bus. It keeps on stopping at random spots on its way, dropping some people and picking up some others. The old lady that helped me finding a seat came to explain to me and the other travelers in the bus that she would drop us off in some minutes. Then she added that we would need to take a Tuk-Tuk (local Moto taxi) to get to the border and stamp our passports from the Thai side.

The bus dropped us off at a Tuk-Tuk station. Then the Tuk-Tuk drove us right to the border on the Thai side to stamp our passports, clear customs, and get to the no man’s land between the two countries. It’s past 4pm, the border is empty and the only exchange office is closed. A man sitting over a desk before getting to customs asked me if I have my flight ticket back to my country and dollars to pay the visa on arrival. I said yes, then he let me pass to clear Thai customs.

The process was in fact very quick and easy. The customs officer made sure I did not over stay in Thailand. Then he asked me where I was going after Laos. I told him I was going back to my country, he stamped my passport and I was ready to go. Right after, the first and only thing I see in some kind of “multi-functional office. It was selling bus tickets to cross the friendship bridge between the two countries among with other services. I bought my ticket and after waiting about 20 minutes the bus was ready to leave taking 30 travelers to the Lao side border. 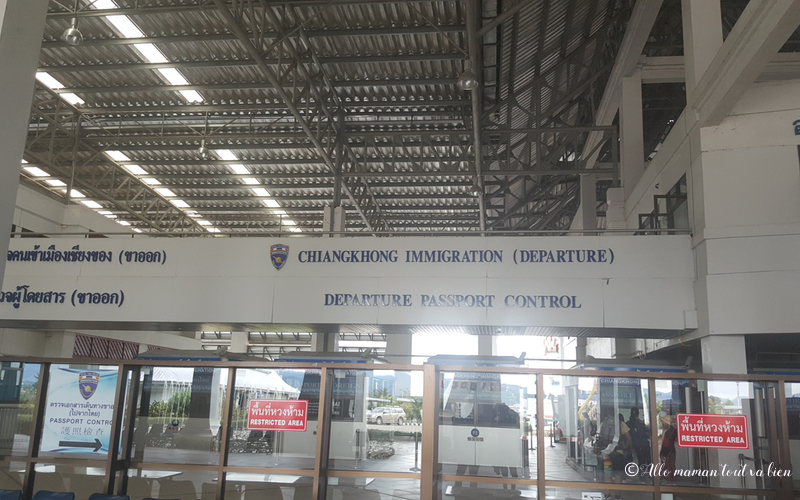 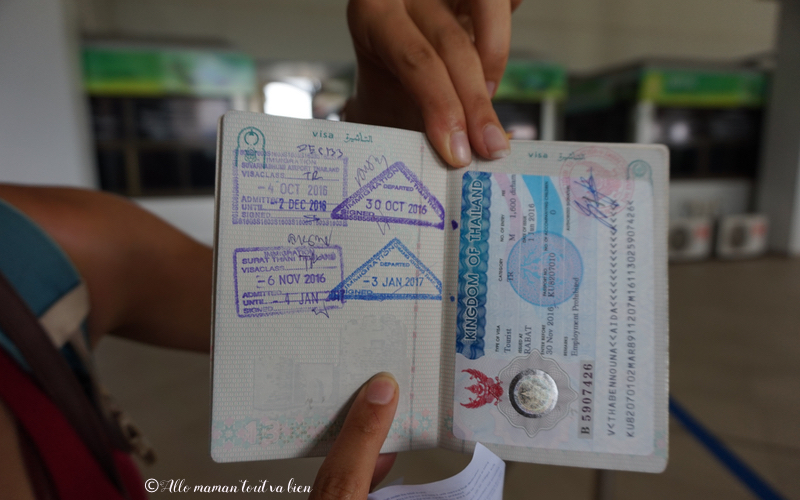 The ride was quick and confortable. The friendship bridge is only some feet long. After a 2minute drive, the bus dropped us all at the Lao side, and once again, nothing besides an exchange office and the visa on arrival office. I was a little under stress. I only had euros on me and the visa on arrival office only accepts dollars. The exchange office was closed, and it would not have been a good idea anyway to exchange euros to dollars. They would first exchange my euros to Kips (Lao money) then the Kips to dollars, which would have been a big of a loss for me.

Fortunately, two friends of mine were on their way to the Lao border too. They took a bus half an hour after my departure from Chiang Rai. I waited for them 40 minutes to lend me dollars that I would give them back once we get to Laos. I took advantage of the waiting time to fill up my visa form and entrance card. Then, once my friends arrived, I paid my visa fee, applied for the visa on arrival and cleared customs. Surprisingly, everything was quick and easy. Funny fact, I had to pay 31$ instead of 30$ for the visa because I arrived after 4pm. From where does this none sens rule come from? Only Shiva knows … 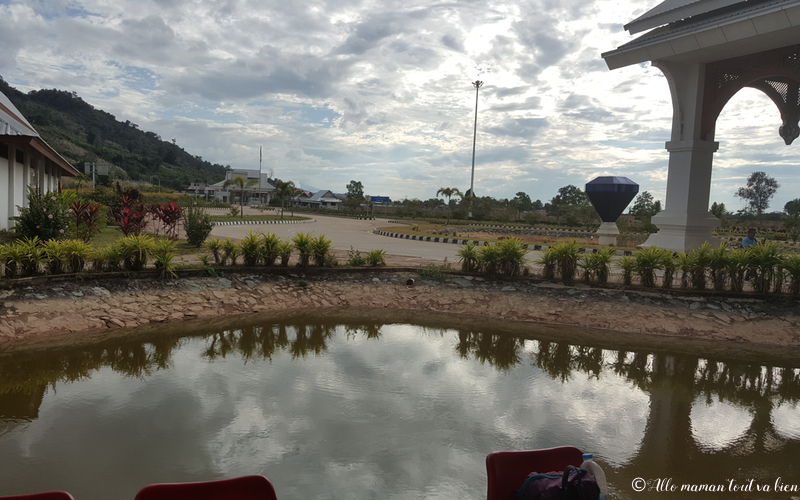 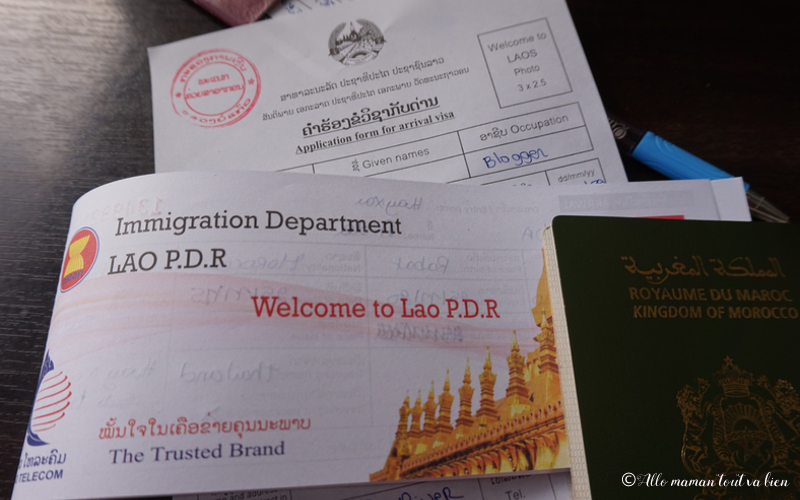 I am finally in Laos. I made it! Now what’s next? The streets are empty, and two local taxi trunks are waiting to take travelers to the center of the city. I bargained as much as could and 2,5$ for a 7mile drive was the best I could get. And the adventure begins! My first impressions are good. Lao people are nice and seem honest. Nature is stunning but Huay Xai is very rural. There is a notable difference between Thailand and Laos, and it feels good. I was scared that Laos would be a less developed version of Thailand, however, I discovered that it is not. I felt amazed by everything I saw. Everything looked so different, so distinct, so unusual.

It is 6pm, and I am finally in my room in Huay Xai. Surprisingly, accommodation prices are higher than in Thailand for lower quality. The fact that we are at the border and that options are limited probably explains it. I dropped my bag and decided to go eat somewhere around. This little crossing border adventure was much easy than I tough it would be. The visa on arrival process was quick and almost effortless. I look forward to sharing my next adventure over the Mekong River with you. Stay tuned, it is going to be epic!

Some tips for the visa on arrival